We, the rural people of Holy Trinity Parish, profess our Catholic identity, rooted in the Sacraments and Sacred Scripture. Recognizing our history as three different, yet similar parishes, we now affirm our commitment to be united as one in our common ancestry and agri-religious heritage present in our common work ethic. 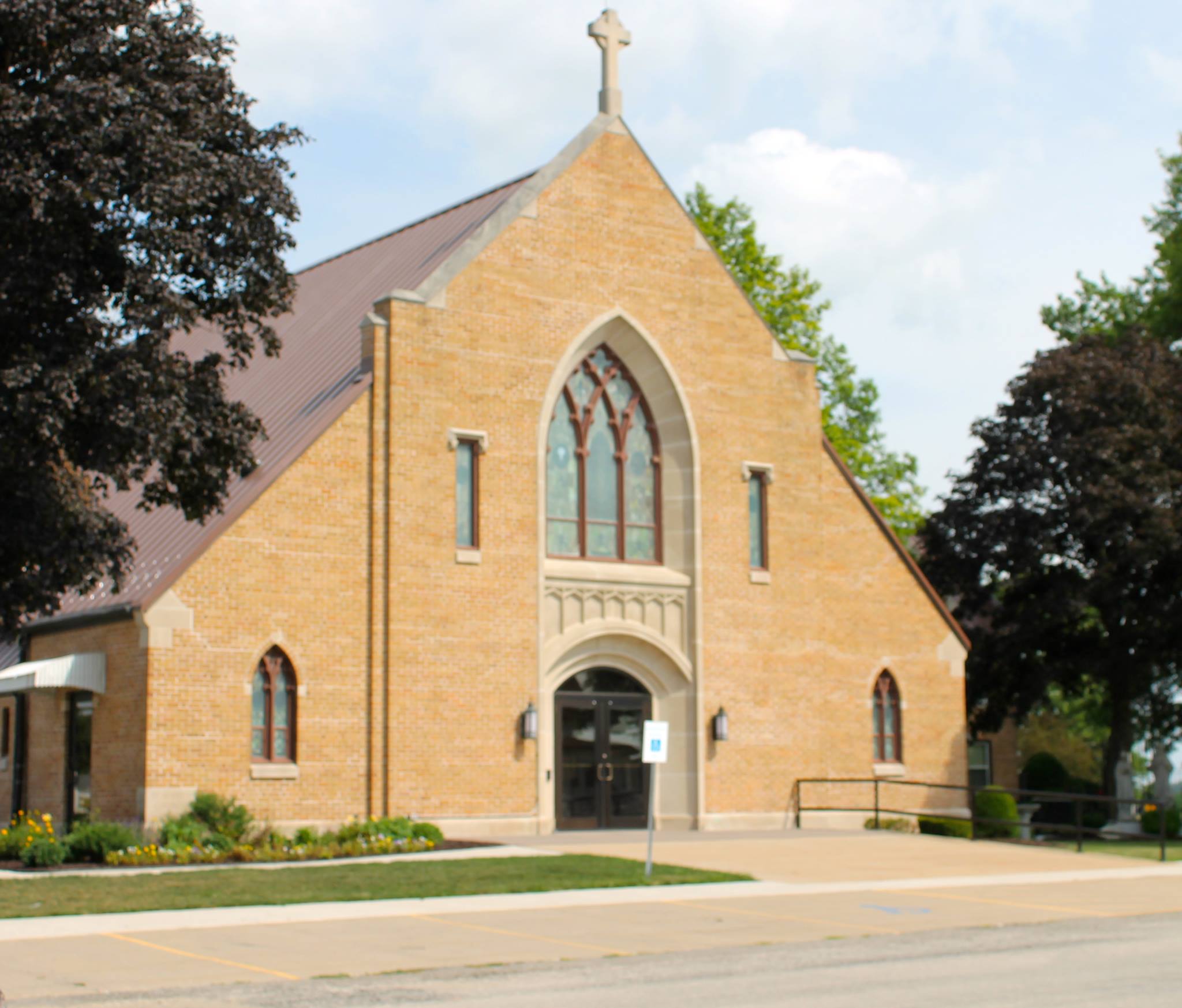 The first record of plans for building a church at St. Mary in Keota was April of 1977. A proposal was made to erect a church, but the plans never materialized. In 1900, several families who had been attending church in Harper and Clear Creek decided to build a church in Keota. In 1902 it was suggested to divide the membership of Harper and Clear Creek and if there were thirty families willing to attend church in Keota, a church would be built. A church was built in May of 1904 and dedicated to St. Mary. On August 4, 1905, it was established as a mission to Harper. Due to the increase in families in 1926 it was decided to build a new church, but due to economics of the time it never progressed beyond the basement stage. This served as the church until 1950 when the present church and rectory was built. St. Mary’s faced the same transition as St. Elizabeth and Ss. Peter and Paul, becoming part of Holy Trinity Parish in 1992 under the guidance of Father Robert Harness. Today Father Robert Lathrop is the Pastor for Holy Trinity Parish in Keota and St. Mary Parish in Sigourney. Father Lathrop resides in Keota, Iowa.

St. Elizabeth, the first of three churches of Holy Trinity Parish, began assembling as a parish in 1847. A group of German Catholic families from Baden, Germany established a settlement called “New Baden”. Occasionally a priest from Burlington or Richmond or a missionary would pass through. The priest would celebrate mass and administer the needed sacraments in the various settler’s homes. In 1857 a church was built and dedicated to St. Elizabeth or Hungary. This was the first consecrated Catholic place of worship in Keokuk County. With the arrival of the railroad in Harper, it was decided to move the church to Harper, Iowa in 1883. The new St. Elizabeth church in Harper was dedicated in 1884. In 1900 a school building was erected under the supervision of Fr. Henry Gothe. Part of this school building was used as a Convent for the teaching Sisters. St. Elizabeth had the only Catholic High School in Keokuk County. A new high school building was building in 1949 with the addition in 1959. In 1963 the high school was closed after 63 years. Grade school continued until closing in 1984.

There have been four priests and 21 sisters from the parish of St. Elizabeth. St. Elizabeth joined the cluster of Ss. Peter and Paul in Clear Creek Township and St. Mary in Keota as Holy Trinity Parish in 1992 under the guidance of Father Robert Harness.

Closing mass at St. Elizabeth was October 18, 2009 with Most Rev. Martin J. Amos, Bishop of Davenport and Rev. Charles J. Fladung, Pastor of Holy Trinity Parish. Also past priests attending were Father Robert McAleer, Father H. Robert Harness, and Father Martin Goetz. Also attending was Father Robert Striegel who grew up at St. Elizabeth and was ordained July 14, 1973. A beautiful day filled many memories and an overflowing of people – standing room only in attendance – to say good-bye and pay tribute and respect to the cornerstone of Harper community for 162 years.